skip to main | skip to sidebar

Well, that was a shit sandwich of a year, but I’m doing all right, and feeling blessed that I came out intact. I’ve always expected that I’d experience a pandemic in my lifetime—these are the types of things I think about a lot as post-war Western Civilization winds down—and the idea never stressed me that much. If some terrible new disease broke out, I reasoned, we’d be able to isolate it and use our incredible communications infrastructure to let people know what to do to avoid the new plague. We’d have the tools; we’d have the science! We’d all knuckle down and quash the thing.

I forgot to factor in human stupidity, laziness, magical thinking, and the cult of rugged individuality (and the governments that arise from, and foster, that cult). My other apocalyptic fantasies—religion-crazed murder mobs, cyanide pills and so on—seem more likely in the couple decades of life I have left in me.

Again, I’m doing all right. I’m still working, and my employer has been more than generous about enabling us to work from home. My housing situation is secure and comfortable. My mom, pushing 90, remains healthy and has been a champion of independence and stoicism. My wife suffered a work-related loss, then seized an opportunity that has put her in a better position than ever. It was a brave move, and I’m incredibly proud of how she’s built a new business around her amazing self.

There are weeks where I’m just cruising along doing my thing, feeling like the luckiest SOB alive. Other times, I flash back to the whole list of events of 2020 and remember: this year sucked. SUCKED. No gigs, no festivals, no travel. Friends out of work and in distress. One of my best pals, a real guru of our cohort and one of the coolest people I’ll ever know, died a lonely, sudden death mid-year. My band, with two years of hard work and growing success behind it, imploded in the most ugly and humiliating way I could have imagined. The days when I’m feeling good about things, I wonder if my positivity is just a PTSD-induced mirage.

Here’s a list of a few things made 2020 a little less hideous.
And of course, the music. A whack of stuff that moved and inspired me, in no real order:
Meredith Bates's debut solo album is a surreal journey through a landscape of bowed strings and effects. It reminds me of nights at Merge or the China Cloud when I can't decide whether to close my eyes and drift off, or stay alert and try to figure out how it's done.
Black/death insanity that is both killer and local.
Trying to decode this album's knotty language would be futile. Just know that it has Robert Wyatt and Mary Halvorson doing incredible things together.
Ross has a way with sounds both bleak and seductive.
Sam Barton is from the esteemed Teeth of the Sea, and in lieu of new TotS, Apple Acid Satin Walls easily tides me over. A real favourite release this year.
Rocket Recordings always brings the good stuff to light.
As ever, Zombi thrill and amaze with this surprisingly guitar-laden album.
I know this dude. I was there when he debuted a lot of this material at the Vancouver Jazz Fest, and it's so good to hear it in its final form. "Harmonium" has one of my favourite sick riffs of 2020.
Sarah Davachi had a productive year, providing my go-to work-from-home soundtrack with several releases throughout 2020. This one is her major work, though.
One of many things to slither out of Mattias Olsson's sonic laboratory this year, I will happily grapple with this barrage of Lovecraft-inspired heavy prog.
Everything is up for grabs these days, so why not some '80s nostalgia via the expertly sculpted synth-pop sounds of Jacob Holm-Lupo's The Opium Cartel? You can keep it light and be serious while doing it.
After Morbus Chron ended, founder Robert Andersson continued pursuing his very personal take on progressive death metal, naming his new project after the old band's final album. The music here steps sideways at every opportunity, but never loses you.
Let's end in my comfort zone. Elds Mark aren't a modern take on anything, or boldly combining genres or some foolish idea like that. These concise but satisfying jams are straight-up progressive rock that sound like they were released on some tiny underfunded label in 1975, and I'll drink to that.
Posted by The Mule at 2:16 PM No comments: 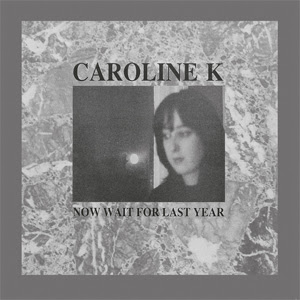 Originally released in 1985, this reissue was easily the most affecting album I heard all year. 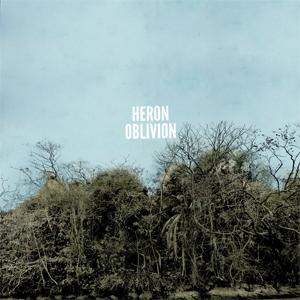 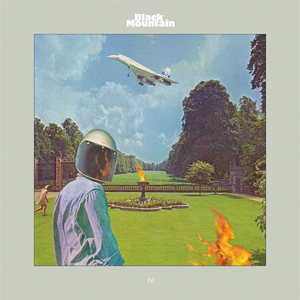 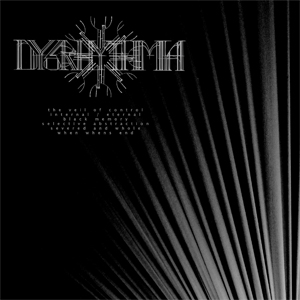 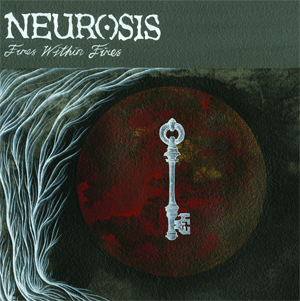 Anciients—Voice of the Void (Season of Mist) 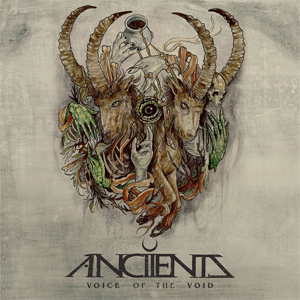 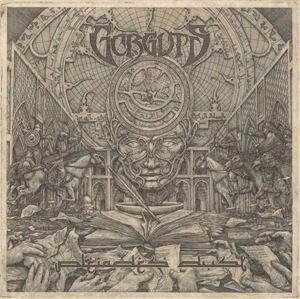 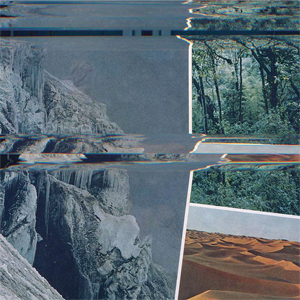 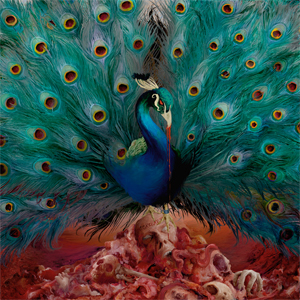 I never did finish summarizing my 2015 in music, so here's a quick list. 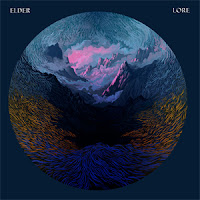 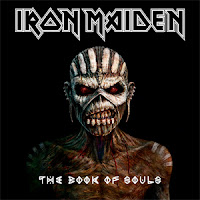 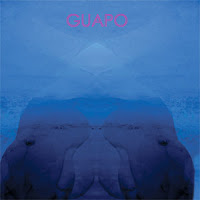 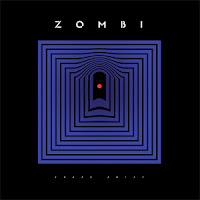 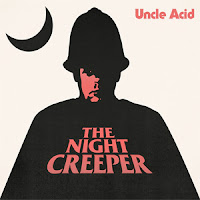 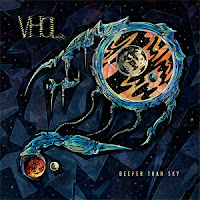 7. Anekdoten—Until All the Ghosts Are Gone (Virta) 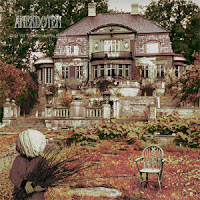 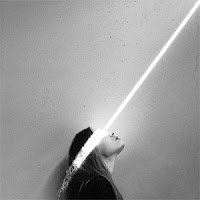 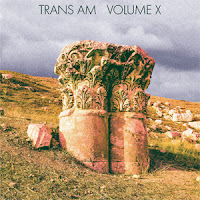 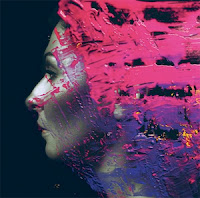 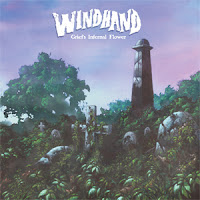 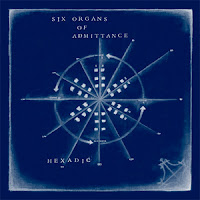 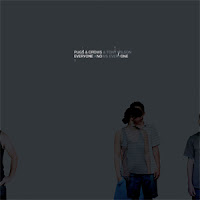 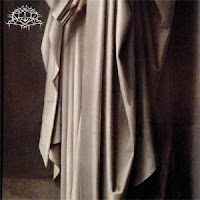 15. The Fierce and the Dead—Magnet (Bad Elephant Music) 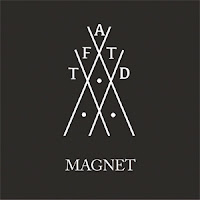 For my second project, I chose the Music from Outer Space Noise Toaster. This Ray Wilson design is a little synth in a box; kind of a condensed version of the classic MFOS Mini-Synth (about which I’ll write next). With one oscillator, an LFO, an ASR (Attack/Sustain/Release) section, white noise, and a legit filter with frequency and resonance control, the Noise Toaster looked like a more versatile and interactive device than the Weird Sound Generator. You can let it drone in many interesting ways, but even better, it encourages real-time tweaking. You could perhaps jam with it if you had some patient collaborators.

Here’s a recording of the Noise Toaster jamming with a drummer I know.

So, it was a more challenging project overall. I decided to make things more difficult by only ordering the circuit board and faceplate from MFOS. I felt confident I could source the other components myself because (a) I had two electronics supply stores in my neighbourhood, and (b) Ray’s book Make: Analog Synthesizers includes a whole chapter on building the Noise Toaster, with lots of pictures of the wiring and components. When faced with a wall full of potentiometers at the store, for example, I’d have a pretty firm idea of what I was looking for, and if I wasn’t sure, I could ask the folks at the stores.

Although ordering just the PCB and faceplate was cheaper than getting the whole kit, I definitely did not save any money on the project overall by buying the parts myself. If I’d had the confidence to order my parts online, I might have saved a bit—ordering the three 100k resistors I needed would have cost less than having to buy a bag of 10 at the store—but I learned a lot by going out in person and hunting things down.

The biggest pain, funnily enough, was finding the knobs. The pots I bought turned out to have stems that were too tall for the many cool-looking knobs at my favourite store. I bought a couple that had the old-school Moog style I was after (seen on the filters here), and they just perched on the pots like mushroom caps when I put them on—not flush with the faceplate as desired. Bummer. I did find the right ones once the store got some fresh stock in, well after I’d finished the rest of the project.

Also for this project, I bought a proper soldering station. My first iron had no temperature control. It seemed to get too hot, and the solder would boil. If I was going to be putting in heat-sensitive transistors and diodes, then I wanted to be able to back off the temperature a bit. So, this soldering station joined my mobile workshop. It’s rather dodgy, in that the first one I brought home did not work at all, but the replacement has behaved well since.

The box construction went much better this time. I used a simple design and learned that pre-drilling the pieces before inserting screws prevented the wood from splitting. Who knew? I also discovered a power saw in our shed, and that saved me a lot of time and trouble.

Here’s the result. Like the WSG, it worked straight away. It has an internal speaker, which in theory lets you play the Noise Toaster any time, anywhere. However, the speaker stopped working a couple weeks after finishing the project. I haven’t bothered troubleshooting it because I’m happy just plugging it into my recording interface whenever I want to use it. 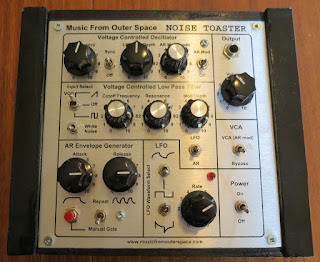 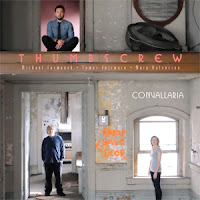 The second Thumbscrew album goes further out than their debut. The trio of Mary Halvorson (guitar), Michael Formanek (double bass) and Tomas Fujiwara (drums) sound like they’re challenging each other, striving to push beyond their comfort zone. This is a much more adventurous record that’ll take several listens to fully appreciate. Passages where they lock in and rock out happen infrequently; however, Halvorson still cranks up the distortion and warp-effect pedal regularly. Her playing gets ever more dextrous and articulate, from the bit-crushed terror sonics of “Screaming Piha,” to the heavy-riffed mid-section of “The Cardinal and the Weathervane,” to the elegant virtuosity of the title track. Convallaria emphasizes what a perfect match this trio are for each other. They operate at a level most groups can only dream of.
Posted by The Mule at 12:04 PM No comments: